For Chuck Bair, Bremerton is home, and one he has always been proud of. In the 80’s, Chuck and his wife, Patty, opened the Charly B apparel store at Burwell and Pacific. 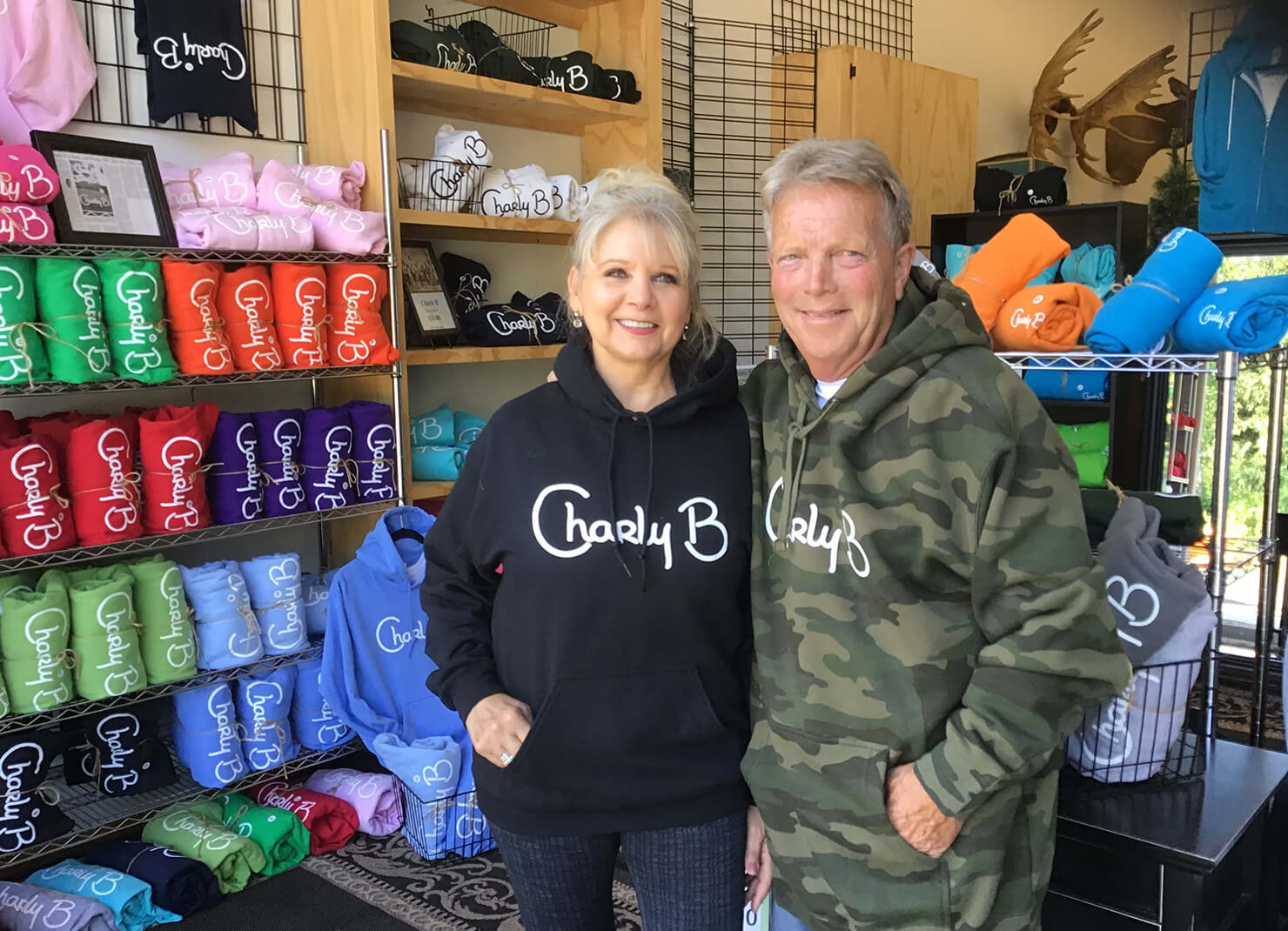 Hometown pride and ‘80s nostalgia on a sweatshirt!

It’s only natural for Bremerton to be a town of transplants in an area with so many military bases and a strong link to Seattle. “Where are you from?” is a question that could get an answer from anywhere in the world. Experts claim that whatever your answer to that question is, the place that you call “home” likely plays a strong role in your identity.

For Chuck Bair, Bremerton is home, and it has always been a home to be proud of. Not only that, he did more than his share in helping shape the identity of Bremertonians in the ‘80s.

If you have a Charly B sweatshirt, you know what I’m talking about.

The design started as a doodle. Chuck and his wife Patty had recently opened the Charly B apparel store on Burwell and Pacific Ave. Originally, Chuck and Patty worked at Kahn’s men’s store when the competing men’s store in town, Anderson’s Men's Store, came up for sale. They bought Anderson's in 1979 and spent a year re-merchandising.

The Bairs knew when they bought the store that they would rename it. “We weren’t sure what that was going to be early on,” Chuck said. Chatting it out around their Gam’s dining room table, they came up with the Charly B name. “I wrote it out in my printing writing, and we spelled it a little different.” After some teasers in the Bremerton Sun, Charly B opened “with a big splash.”

You probably remember the branding craze of the ‘80s. Izod, Union Bay, OP, CK… Chances are, your shirt had a logo on it in some prominent place. Probably your jeans, too. All that branding and name recognition got Chuck thinking. “I told Patty we should put Charly B on a sweatshirt. She said, ‘Why would we do that? Who’s going to buy a Charly B sweatshirt?'”

Chuck got them printed through a company in Seattle, anyway. The staff got theirs from that first printing, and they all started wearing them in the store. “That created a little buzz,” Chuck said. “You know how that works. It wasn’t long after that, there was so much demand.”

In addition to the original store, Chuck and Patty opened two more, at Redwood Plaza and the South Kitsap Mall, and they flourished, with the shirts so popular that whole classes in the elementary schools would have Charly B days when they all wore the logo.

Unfortunately, the opening of the mall in Silverdale created problems for many of the businesses in downtown Bremerton. “It would’ve been fun to be a department store,” Chuck says. “But we didn’t have enough capital for that.” Instead, the Bairs made a transition from the clothing business to ice cream, with Baskin Robbins stores on Sixth Street, on Wheaton Way, and a third in the Kitsap Mall.

That didn’t lessen the popularity of the sweatshirts, though. Since the ‘80s, people who call Bremerton home continue to love the logo, and the Bairs have printed them again, particularly for school reunions. They’ve been popular enough to warrant a website, too: www.CharlyBSweatshirts.com. With a sepia-toned photo of the “old days” and a heavy dose of nostalgia, the site gives a little of the brand’s background along with the order form.

“This is a fun thing we do on the side.” Chuck says.

Whether you’re a native or a transplant, the shirts are cool. And even though you might still see one in any part of the country, here, they mean “home.”