A dirty kitchen is so common in the Philippines, you can pretty much argue that a Filipino household isn't complete without one. Although they're mostly found in the provinces (the countryside), it's still an essential for your typical city-dwelling families. 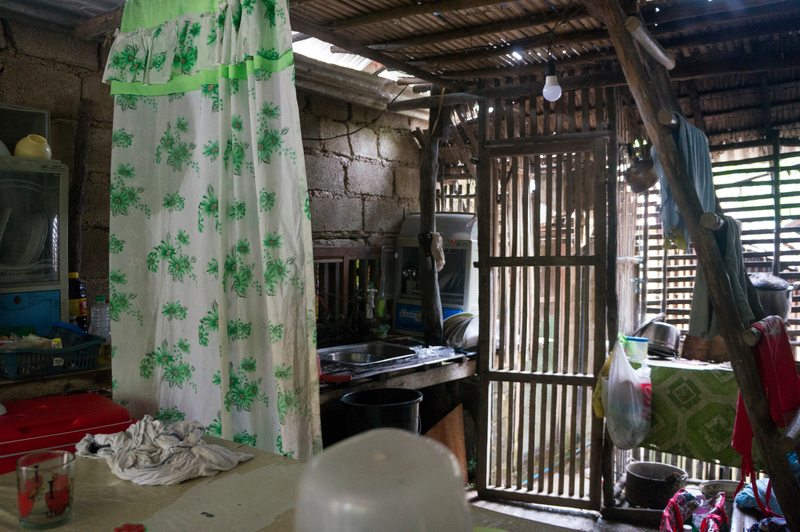 Imagine hearing a friend or colleague proudly proclaim "I love dirty kitchens! I even have my own!"

Before you immediately go all out in lecturing them about the importance of hygiene and cleaning routines, take a moment to ask them if they're Filipino (or Kuwaiti, Buhraini, or West-Asian) — because if they say yes, chances are that their "dirty kitchen" isn't literally a dirty kitchen — instead, it's a smaller and messier kitchen, usually built outside the main house, and is considered an extension of the ever-tiny Filipino houses. It's where all the dirty work comes into play: mass cooking (when there's a fiesta in your barangay or if your relatives from the U.S. are coming to visit), broiling some meat or barbecue, washing tons of pots and pans; heck — even laundry! It's the be-all-end-all of multi-purpose rooms.

A dirty kitchen is so common in the Philippines, you can pretty much argue that a Filipino household isn't complete without one. Although they're mostly found in the provinces (the countryside), it's still an essential for your typical city-dwelling families. You'll find your Filipina mom in here about 80% of the time, cooking and cleaning and cooking some more. Your dad will come briefly to store some of his tools as a cousin of yours rummages through the Balikbayan boxes to look for her old toy bear from when she was three. Almost always, you’ll find Filipinos with some close memory associated with their dirty kitchen: whether it be cooking some chicken adobo with their parents or cutting their anak’s hair.

COOKING IN THE DIRTY KITCHEN

It's a pretty hot place in the Philippines, and it's not exactly pleasant to have smoke everywhere inside your house when it's as humid and warm as it is. This is one of the primary reasons why people prefer to cook things that often produces a lot of smoke, or broil in the dirty kitchen. A lot of Filipino houses (specifically those that aren’t well-off) aren’t ventilated properly, and more often than not, the house is just going to be filled with, if any, one or two small air-conditioners hidden away in rooms while the rest of the house is plagued with small and large electric fans. Because of this, the vapor and smoke coming from cooking inside can sometimes stick around longer than it should. In order to avoid all of those problems, Filipinos just cook outside where the fumes don’t have to stick around anywhere.

There's also the notion of cleaning: while a dirty kitchen should be relatively clean, it’s normally a lot dirtier in comparison with the main kitchen, so having stains on the sink and a mess of a cabinet is pretty forgivable. There's no pressure on having to keep it spotless, since it's usually a "backstage" of sorts, often accessed by those who need to cook or wash dishes. Clutter is often just piled up in organized stacks: there’s a pile of old balikbayan boxes that hold toys from years past; a few shoe racks of old shoes that are too worn out to be recognized; maybe old books whose pages are torn and inks too faded to be read. This is where a lot of Filipinos often just dump things either too sentimental or too broken to be given away.

LAUNDRY IN THE DIRTY KITCHEN

Another big problem about Filipino households is that their houses or properties are small. There’s no expansive backyard or front yard to hang out all our laundry clothes; heck, you’ll probably find some households hang their laundries on the rails of their windows, sometimes inside the house. There’s not enough space inside for a laundry room; a lot of houses and apartments have to make do with the space they have, which is why you’ll often see a washing machine or a bunch of labadors or palanggana stacked at the side somewhere in the dirty kitchen. This is also where you’ll find the laundry wires, where everything is left to dry: towels, baby clothes, polos, etc. That being said, a dirty kitchen is basically an essential to a Filipino household, and a nice addition if you really want to make do with what small space you have. There are tons of things you can do in the extension, and really, it’s up to you and your family to make the most out of it. Be it playing outside with your anak, washing the dishes with ‘inay or ‘tay, or barbecuing something for your kaibigan at kapamilya, beautiful memories can be made in the humblest of places when you’re with beautiful people.

Barangay – officially considered the smallest local government of the Philippines; can also be considered as a ‘village’ or ‘neighborhood.’

Balikbayan boxes – literal translation: “boxes that return to the country”; these boxes are often one of the most looked-forward to of any event in a Filipino’s life when they have a close relative (usually a tita, or aunt) that brings a box full of stuff (books, clothes, food, etc.) from where they work/live, which is usually either in the Middle East or the U.S.

Chicken adobo - the national food of the Filipinos, truly iconic to the Filipino cuisine.

Labadors/palangganas - basins, can be either big or small; usually used to wash clothes.

Inay/Tay - shortened forms of Nanay and Tatay; Mother and Father.

Kaibigan at kapamilya - friends and family.

COOKING IN THE DIRTY KITCHEN

CLEANING IN THE DIRTY KITCHEN

LAUNDRY IN THE DIRTY KTICHEN

That being said, ang dirty kitchen ay essential to a Filipino household, and a nice addition if you really want to make do with the small space you have. Marami kayong magagawa sa extension place ninyo, and really, it’s up to you and your family kung ano pa ang mga ito. Maaring gawin ang paglalaro with your anak, paghuhugas ng pinggan kasama si ‘inay o ‘tay, o mag-barbecue kasama ang mga kaibigan at kapamilya; beautiful memories can be made in the humblest of places when you’re with beautiful people.