KITSAP COUNTY, WA — Four non-elected members have been appointed to serve on the Kitsap Public Health Board, as the Board completes a restructuring process required by state law.

Three community representatives — Drayton Jackson, Dr. Tara Kirk Sell, and Dr. Michael Watson — were nominated by the Health Board and appointed by the Kitsap Board of County Commissioners. They will join the Health Board for its Oct. 4 meeting.

Jackson, Sell, and Watson were among the more than 40 Kitsap residents who applied to fill three non-elected, non-tribal Health Board positions during an application period earlier this year.

"It was inspiring to hear from so many residents who were eager to serve their communities and promote public health," Kitsap Public Health Board Chair and Bremerton Mayor Greg Wheeler said. "The new Board members will bring fresh perspectives, knowledge and energy to our work.”

A non-elected Health Board position representing the Port Gamble S'Klallam Tribe remains open and can be filled at any time by the American Indian Health Commission and the tribe.

The Kitsap Public Health Board is expanding and restructuring this year to meet the requirements of Engrossed Substitute House Bill 1152. Learn more on our Health Board restructure page. 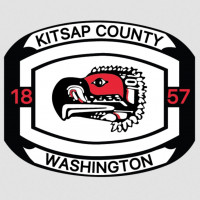