LIBRARY U WILL BE UP AND RUNNING THIS FALL AT THE BAINBRIDGE PUBLIC LIBRARY! 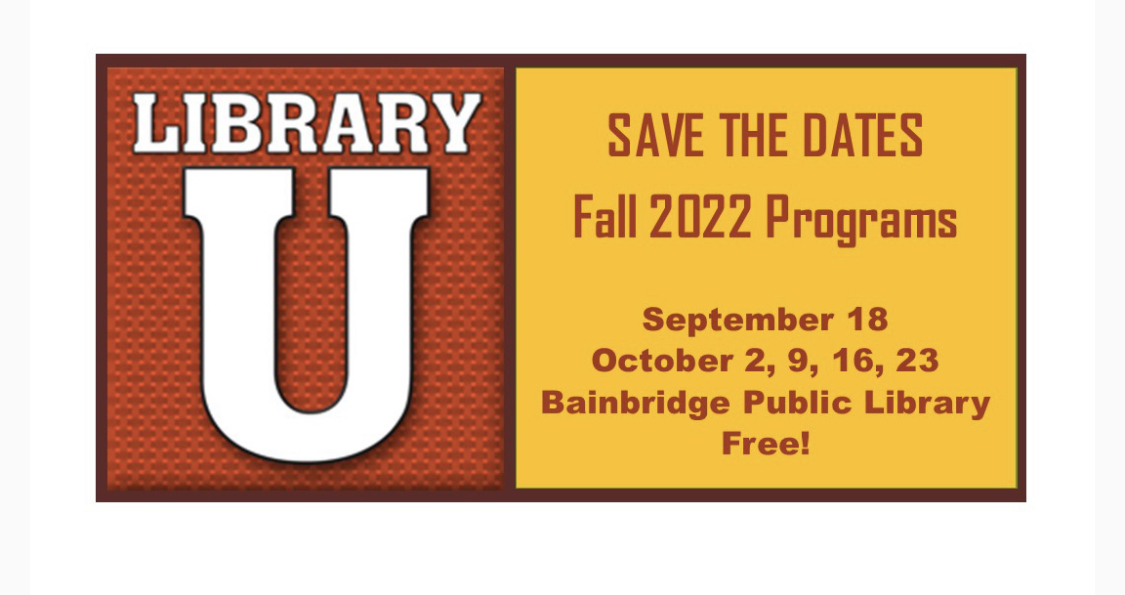 Sunday, September 18. 2 p.m. WHAT WOULD MADISON SAY? For all of the resurgence of interest in Alexander Hamilton, it was James Madison who was the architect of the Constitution and its Bill of Rights. Hi What might Madison have to say today about the current state of our democracy and the sharp divisions in our country? Would he have views on electing the President by popular vote, the powers of the federal government relative to the states, and the various battles over individual rights that are before us today? Bainbridge Islander David Harrison, Senior Lecturer Emeritus at the University of Washington's Evans School of Public Policy and Governance, will lead us in illuminating what Madison might well say today, as well as where he might be reluctant to jump into the debate.

Library U is sponsored by the Bainbridge Public Library with funding support from theBainbridge Island Friends of the Libraryand a generous donation in memory of Louise Brody Weissman.

Bainbridge Public Library is a nonprofit corporation that owns, operates, and maintains the Bainbridge Island Library building and grounds through community donations and grants. BPL performs this role in partnership with Kitsap Regional Library, who provides the library staff, collection, classes, and a virtual library at KRL.org.