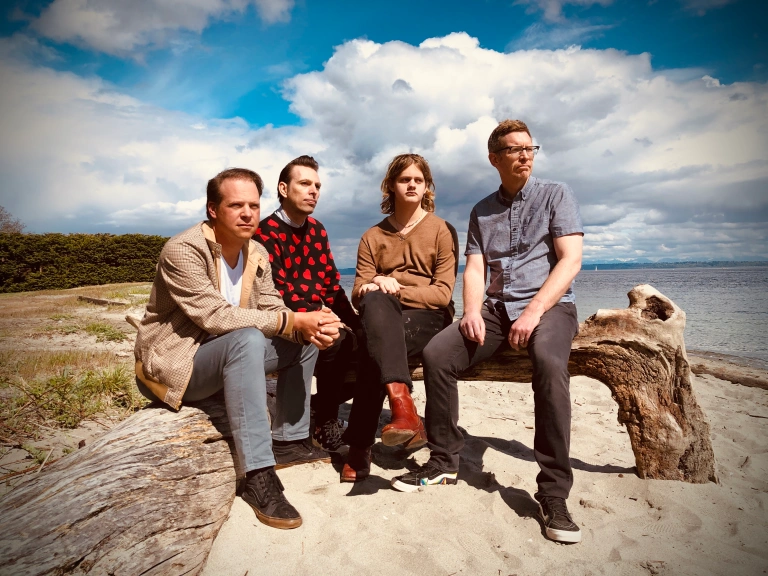 The album was created from the men’s experiences of isolation during the pandemic, and their attempts to connect during the two years of disconnection. As for the band's name, Korum says, "We wanted to capture the vibe of the music, and our feelings during the first year of the pandemic, a year that didn't really seem to exist. At a certain point, the plural form made the most sense.”

Drew came up with the album title, Thanks for Asking. During the first year of the pandemic, he experienced people checking with each other to find out how they were doing. The frequent and grateful response, "Thanks for asking."

Thanks for Asking dropped on all streaming services Friday, March 18, 2022.

A bit of background: Korum and Jherek were born into a musical family, their father, Kurt Bischoff, having performed in numerous bands for nearly 60 years. Jherek, a multi-instrument talent, works as a composer in Hollywood. Calder currently composes, produces and performs with an experimental music focus.

Featured on Thanks for Asking are collaborations with other artists: Kitsap-based rap vocalist Mackrayz (Makayah McInnis) and Skúli Gestsson (Iceland) on bass, on a couple of different tracks.

Visit The Phantom Years on Songwhip to listen to this album on your preferred platform. Order a copy of the vinyl release (due out for Record Store Day in April) by emailing the band! On releasing the album in vinyl, Korum stated "I wanted to have something to hold in my hand at the end of the project so that I could look back and be able to re-frame the last couple of years as being a positive for myself."