At the regular business meeting on April 12, 2022, the Bainbridge Island City Council authorized the City Manager to enter into three contracts related to the Police/Court Facility Replacement Project at 8804 Madison Avenue North. The City will enter into a contract with Clark Construction, the lowest responsive bidder for the reconstruction at 8804 Madison Avenue location, as well as contracts with Coates Design, the architect of record, and Parametrix, which will serve as the owner’s representative during project construction.

The authorized spending, combined with past spending, is within the currently approved budget for this project of $20 million. The construction bid with Clark Construction at $7.6 million was approximately 11 percent less than the engineer's estimate.

The City purchased the facility at 8804 Madison Avenue, also known as the Harrison Building, in 2020. The Municipal Court and the Bainbridge Island Police Department will move from their current locations to the 8804 Madison Avenue site. The project is expected to be complete in early 2024. 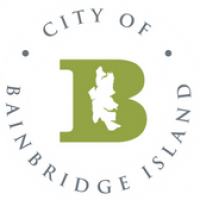 The City of Bainbridge Island allows you to sign up for news releases, as well as alerts, City Manager updates, and other important news. Visit their News & Social Media section to learn how you can stay informed with city news on Bainbridge Island!